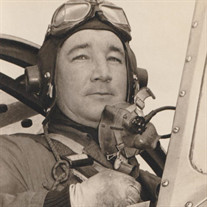 Donald U Gray, Jr., Retired USAF Pilot, Antiques Dealer, Importer, Magician, and Auctioneer. Gray began flying as a high school freshman and completed his formal career as an Air Force Command Pilot with over 8,800 hours in mainly single engine conventional and jet aircraft. Severely injured at the start of his WW II combat assignment, he survived to complete his tour with an ETO P-51 Mustang Group. Post war surgeries allowed him to continue on active Air Force duty for thirty-one years. Col. Gray flew for the British Royal Air Force (RAF) three years serving as Flight Commander and Squadron Leader. He was active in the Japanese Air Self Defense Force (JASDF) Interceptor Program for three years. He was awarded wings of the Chinese National Air Force for his efforts in their fighter training programs. He was a member of the MACH Busters Club, being one of the first 50 pilots to exceed the speed of sound. Gray was instrumental in the development of the of the initial USAF flight training classes using jet aircraft as the primary trainer. His assignments included duty with the Office of Air Attache, American Embassy (London, England) and the USAF Operations Division (The Pentagon, Washington, DC). His decorations include the Distinguished Flying Cross (DFC), The Meritorious Service Medal, The Bronze Star, Seven Air Medals, and a notable variety of USAF and foreign government commendations, including one from the Government of Viet Nam for his work during the TET Offensive of 1967-1968. His many interests included SCUBA diving, Judo (which he taught for two years during his AF tenure), sky diving, and amateur magic. He was a member of the International Brotherhood of Magicians, the British Magic Circle and the Society of American Magicians. He was a summa cum laude graduate of the University of Kansas with degrees in Political Science and History. Following retirement Gray, an Experimental Aircraft Association (EAA) member, continued flying general aviation aircraft and his pet Piper Pup N3. The Federal Aviation Administration presented him with the coveted Master Pilot Award in 2007. Following a military career, the entire Gray Family established Gray’s Antiques an antique retail/wholesale business on West Berry Street in Fort Worth. The business grew and was gradually expanded to include auctions of antiques and collectibles imported from the United Kingdom, Europe, and the Orient. He was a member of the First Presbyterian Church of Whitesboro, Texas. He was active in many charitable endeavors, very generously and often anonymously. He drove as a volunteer for Meals on Wheels for several years. Gray was pre-deceased by his adored wife Juarine Caviness Gray, of sixty years and his son in-law, Max Hooten. He felt strongly that their children, Barbara and Bruce, had been especially selected to bring him the greatest of happiness and pride. He was appreciative of the exceptionally fine mates his children had chosen and of the loved and loving grandchildren and great grandchildren. His daughter is Barbara Hooten of Menard. His son, Bruce Gray and wife Miranda reside in Pojoaque, NM. His grandchildren are Jenifer Hooten White (Chris) of Santa Fe, NM; Meredith Hooten Hall (Tyler) of McGregor, Texas; and Kristopher Gray Hooten (Claudia) of Honolulu, HI. His Great Grandchildren are Kemper White, Madison Hall, Danner White, Zachary Hall, and Alessandra Hooten. Don Gray was an outstanding example of “the Greatest Generation”. An incredible husband, father, airman, and he will be missed! Services are private.

The family of Donald U. Gray Jr. created this Life Tributes page to make it easy to share your memories.