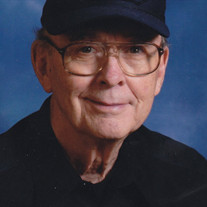 FORT WORTH -- George W. Gruver, 79, went to be with the Lord, Sunday, July 13, 2014. Funeral: 11 a.m. Saturday at Western Hills Church of Christ. Burial: Greenwood Memorial Park. Visitation: 10 a.m. to service time Saturday at the church. Memorials: In lieu of flowers, the family wishes any donations be made to the Leukemia Foundation or to Western Hills Church of Christ. George was born June 29, 1935, to Darwin Clarence and Lois Carmel Gruver in Oklahoma City, Okla. He lived in Edmond, Fredrick and Choctaw, Okla., and Wichita Falls. He lacked only one subject in his senior year of high school of graduating from Edmond High. He finished the correspondence course in the Navy. In high school he was on the tennis and wrestling teams. While stationed at Treasure Island in San Francisco Bay, George attended electronics school and wrestled on the Navy team. He qualified for submarine school in New London, Conn., in October 1954. He married Jan in 1955. George served on the USS Bashaw SSK241 at Hunter's Point, San Francisco, Pearl Harbor, and West Pac. In October 1959 he was discharged and attended Milwaukee School of Engineering. He transferred to Oklahoma State University in Stillwater, earning his master's in engineering. George was employed by Sylvania in Mountain View, Calif., and studied at Stanford University on his Ph.D., returning to OSU to finish. He was the first student to complete an EE degree with a 4.0 grade point average at OSU. He was Etta Kappa Nu, EE fraternity and Phi Kappa Phi. He was employed by General Dynamics, AVM Systems, in Fort Worth, Lockheed Martin, as a director. He retired in May 2000. He enjoyed teaching adult classes at church, where he served the Lord in many capacities. He enjoyed being active in a Submarine Veterans group as secretary and chaplain, and member of the Holland Club. George enjoyed playing racketball. He made many trips abroad with his wife of 59 years. Survivors: Wife, Jan; sons, David M. Gruver and George D. "Buddy" Gruver; daughter, Glenda Angeloff and husband, Michael; grandchildren, Michael, Matthew, Alyssa; sister, Anne Percifield; nieces and nephews; and many friends.

The family of Mr. George W. Gruver created this Life Tributes page to make it easy to share your memories.

Send flowers to the Gruver family.