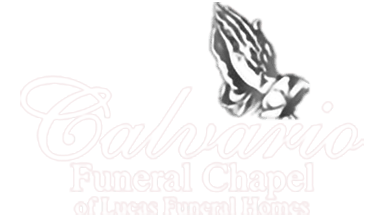 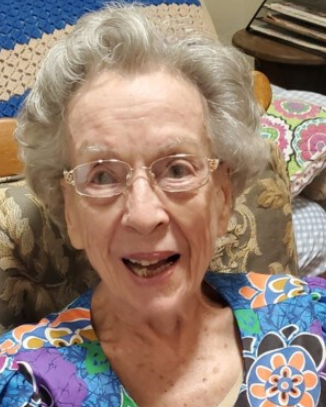 Copy the text below and then paste that into your favorite email application.

Hand delivered by a local florist

Grace Imogene Johnston Hunter, was born February 1, 1926 in Newark, Texas to George Eugene and Donnie Lois
Moyer Johnston. She was the youngest of 5 children and was called by her middle name, Imogene. Her high school volleyball
teammates gave her a nickname based on her last name – Johnsie – which stuck. Her senior name card reads Imogene
“Johnsie” Johnston. A few years later, a handsome Marine she met thought Johnsie was cute and started calling her that
instead of Imogene. He soon shortened Johnsie to Johnnie. She married that handsome Marine and everyone who has
met her since then knows her as Johnnie Hunter. But she remained Imogene to her family of origin, and to friends who
knew her before, and is still beloved Aunt Imogene to her nephews and nieces and their extended families.

She graduated Valedictorian from Rhome High School in 1943. (Her valedictory speech is posted online and can
be provided in print for anyone interested.) After graduation, she completed a course of study at Brantley Draughon
Business College in Fort Worth (She still knew how to write in shorthand near the end of her life) and then worked as a
stenographer on the Marine base in Newark where she met her husband.

After they married in 1946, she worked as a
secretary at the college he attended - Alabama Polytechnic Institute, now Auburn University - until she had her first child
in 1950. Starting then, she was a full-time mother and homemaker until the mid-70s, she returned to work as a Legal
Secretary for West Texas Legal Services in Fort Worth, where she worked for 16 years and was their very first retiree.
People there knew her as Johnnie and when one discovered her first legal name, Grace, he started calling her Johnnie-
Grace. One of the lawyers Mama worked for, Nancy Lynn, is still her very dear friend.

She loved to cook, sew and crochet. Starting in her young teens, she was the cook for her parents and siblings.
Many since have enjoyed her cooking, and admired her crocheted items and quilts. She made most of the lovely dresses
she wore from her youth up, all of her children wore clothes she made, her grandchildren have been wrapped in
blankets she crocheted or quilted, and many babies born at the Chimala Mission in Africa have worn lovely diaper shirts
sewn and sent by her. She made most of Donna’s clothes when she was growing up, including a winter coat one year
which very much impressed Donna’s schoolmates, and something for Western Day at school which she found out at
bedtime was needed the very next day. Donna told her about it and went to bed. The Western style pinafore was ready
in the morning for her to wear to school. She has made beautiful quilts for all of her children from scraps of clothes she
made years before. Donna has one with squares of fabric from a jumper made to wear to band camp her freshman year,
and a beautiful prom dress she wore her senior year.

To order memorial trees or send flowers to the family in memory of Grace Imogene Johnston Hunter, please visit our flower store.